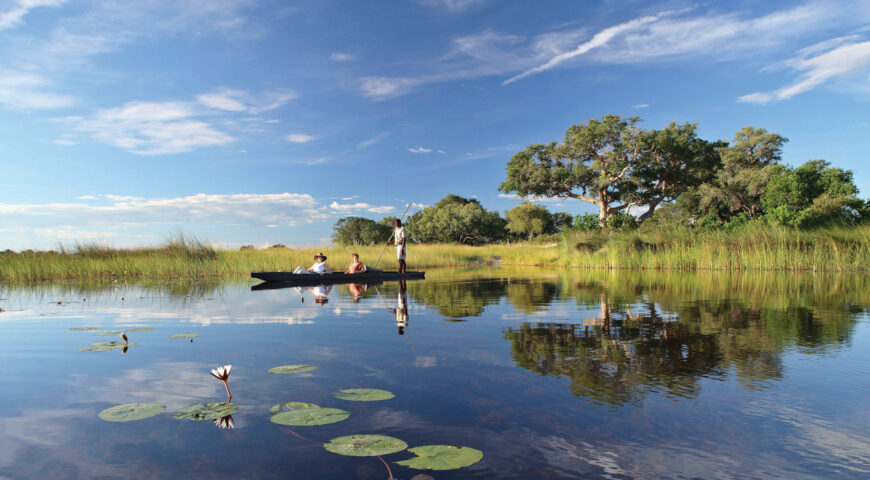 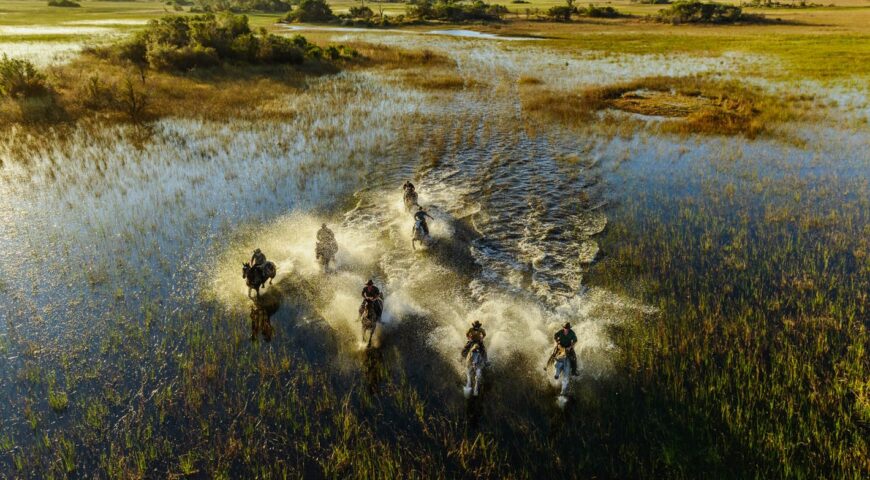 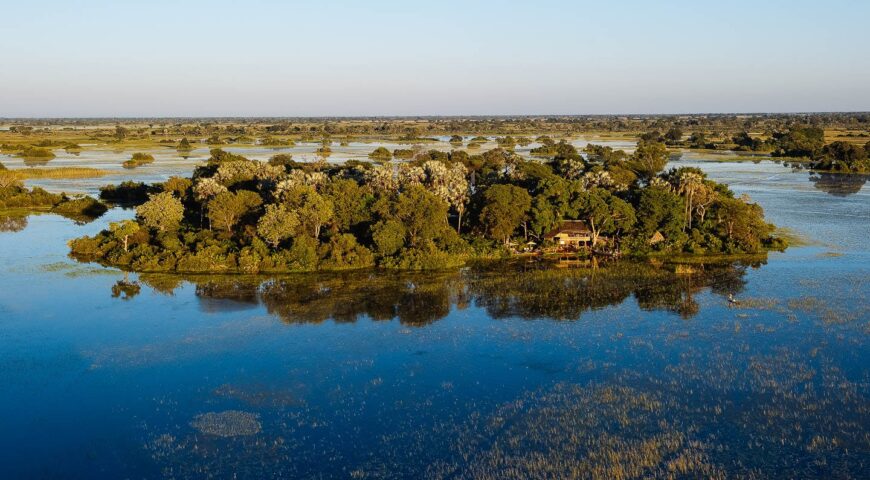 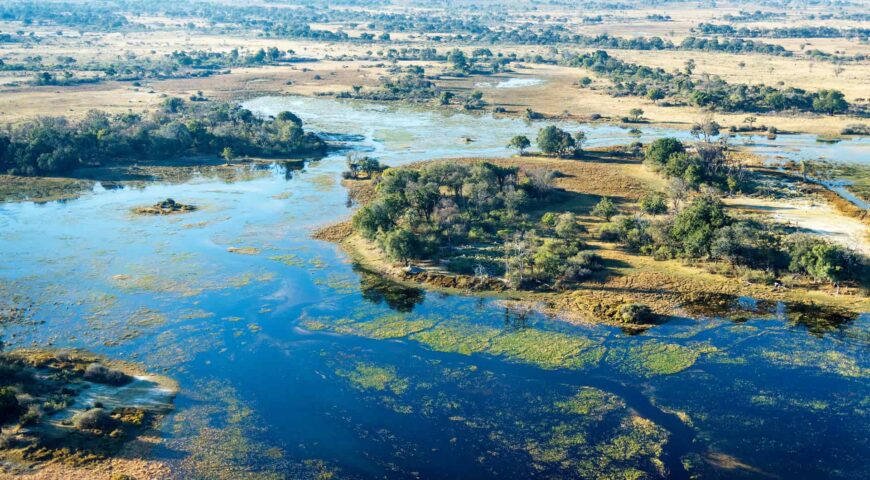 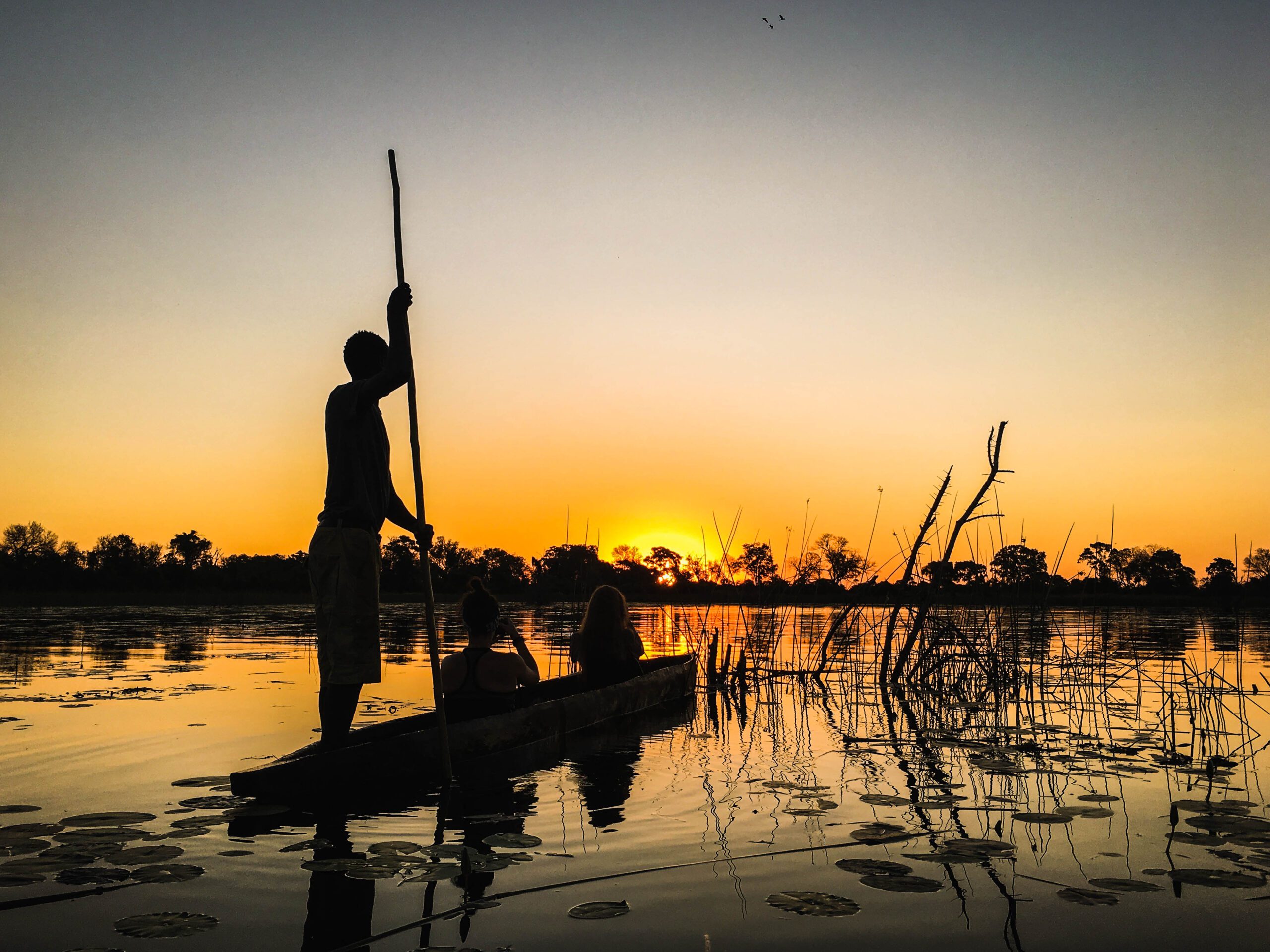 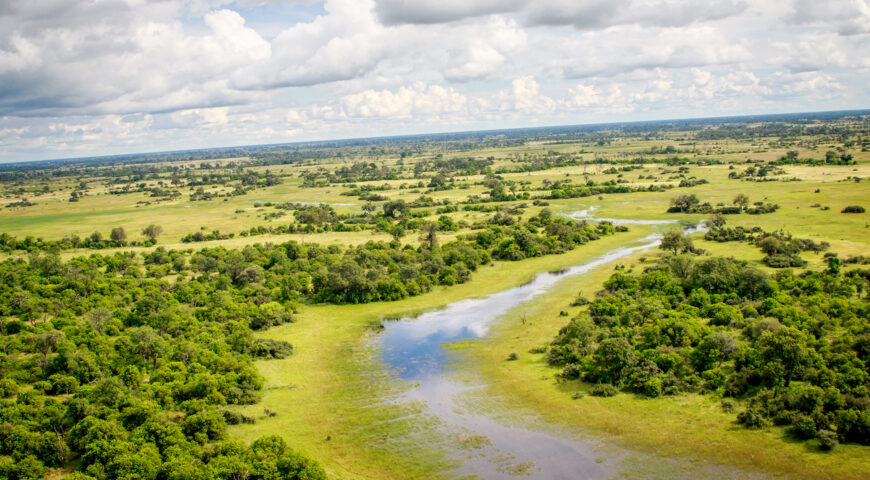 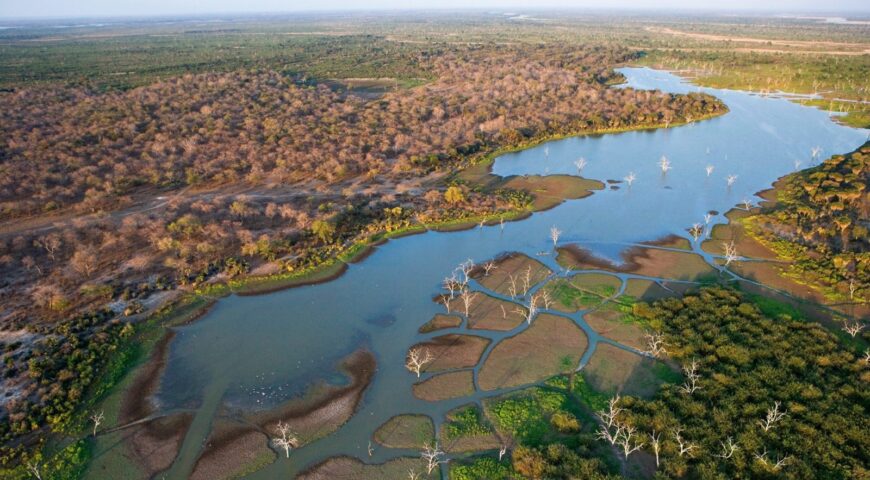 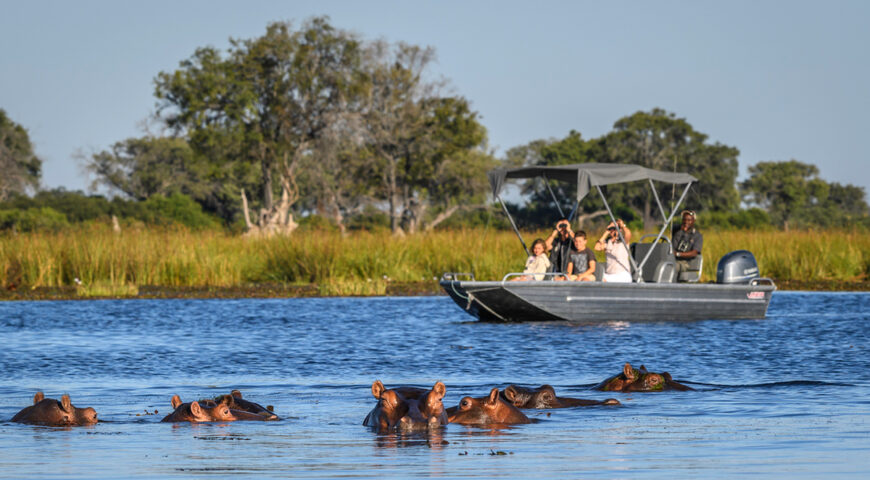 The Okavango Delta is a vast inland river delta in northern Botswana. It’s known for its sprawling grassy plains, which flood seasonally, becoming a lush animal habitat. The Moremi Game Reserve occupies the east and central areas of the region. Here, dugout canoes are used to navigate past hippos, elephants and crocodiles. On dry land, wildlife includes lions, leopards, giraffes and rhinos. The delta provides some of the best safari experiences in Africa with first-rate wildlife, accommodation and guiding. It also boasts some of the most varied safaris in Africa with a great range of safari activities on offer including walking safaris, riding safaris, mokoro safaris, boating safaris, balloon safaris, helicopter safaris and more

Unlike other rivers, the waters of the Okavango are exceptionally clear of mud, and by the time they reach the furthermost lagoons and marshes, have been filtered through sand and reeds for many months. The Okavango reaches its peak water levels in winter, attracting an extravagant concentration of wild creatures that centre their biological patterns of existence on this annual flooding.

Night time in the Okavango Delta is characterized by deeply evocative sounds: the bell-like “pings” of painted reed frogs, the hum of cicada beetles, the explosive grunts of hippos, and the deep roars of lions making you grateful to be tucked up safely in bed!

The most popular time to visit is in winter when large herds of animals congregate around flooded marshes and rivers. In Moremi Game Reserve you are driving on the mainland (primarily through mopane and acacia woodland with patches of open savanna), so your experience of the Okavango is limited to seasonally inundated plains of water and the outskirts of papyrus-fringed lagoons. These are fantastic game viewing areas and there are several great camping sites and lodges within the park (and also on nearby community concessions like Khwai) from which to explore.