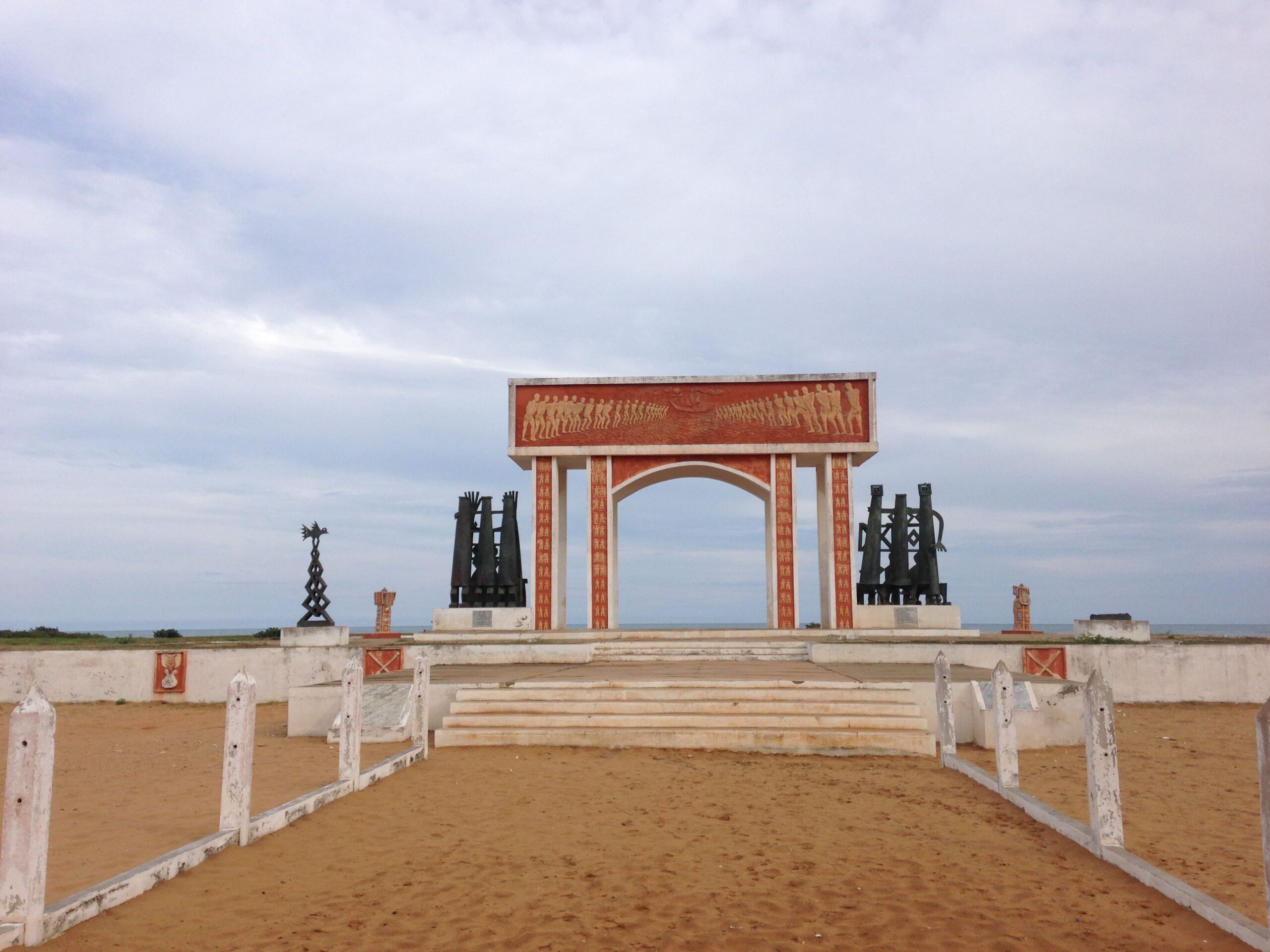 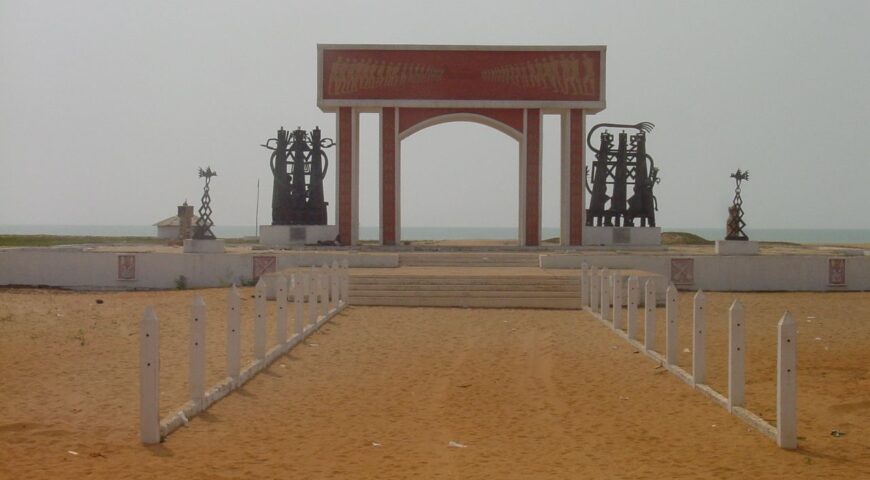 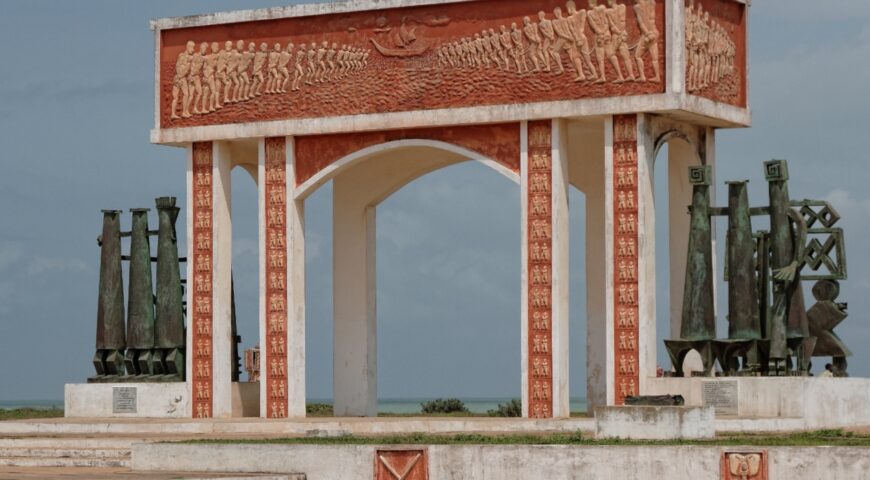 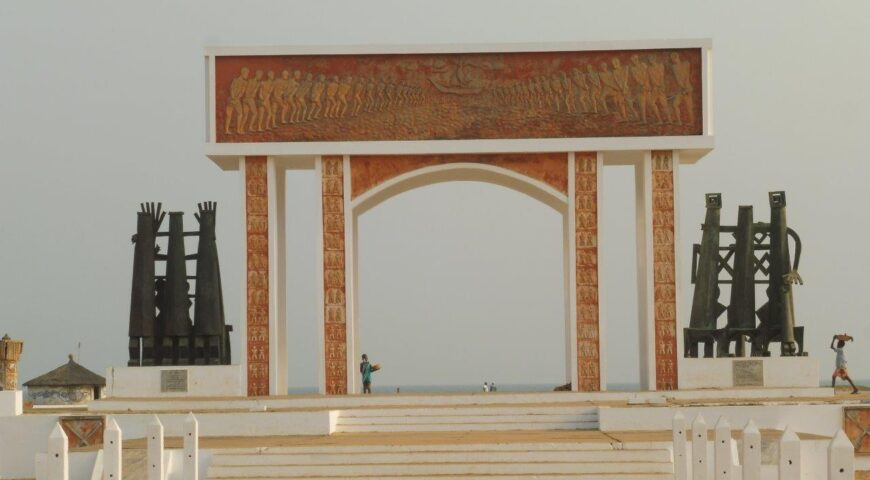 Route of the Slaves, Benin

In the days of slavery in Benin, warring tribal kings would organize raiding parties to attack rival tribes and catch strong men and women to sell them to Europeans. Slavery was already a thing in Africa before the arrival of colonists but it is with their arrival that it was turned into an industry. The Kingdom of Dahomey was the most powerful kingdom in the land that would become later on Benin and using its supremacy in war built its fortune selling slaves. It is the Kingdom of Dahomey that also owned Ouidah, the most important slave port around, and would allow other kings to come and sell slaves to European merchants as long as they paid taxes. Hundreds of thousands of human beings were sold into slavery here in Ouidah

The Route of the Slaves includes the slave auction plaza, the Tree of Forgetfulness (where slaves were branded with their owners’ symbols and, to make them forget where they came from, forced to walk around the tree in circles) and the Tree of Return, another tree the slaves often circled with the belief that their souls would return home after death. There is a poignant memorial on the beach, Gate of No Return, with a bas-relief depicting slaves in chains.

The end of the road features a small museum with images and illustrations about the African diaspora and the slave trade in general.