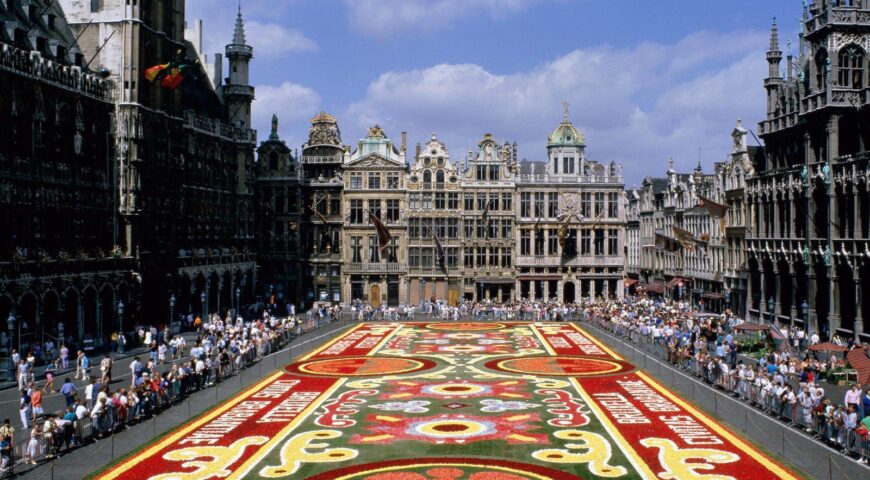 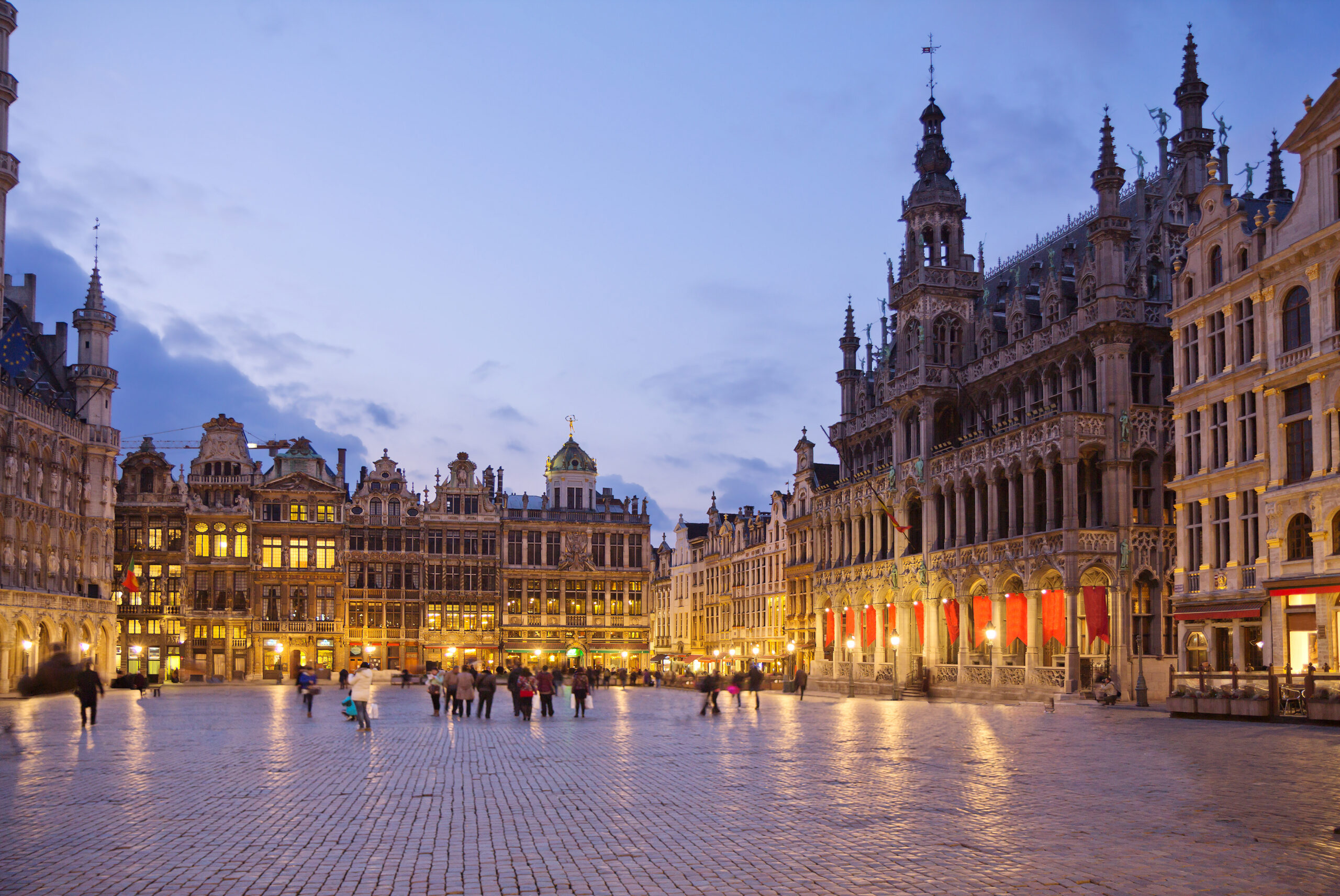 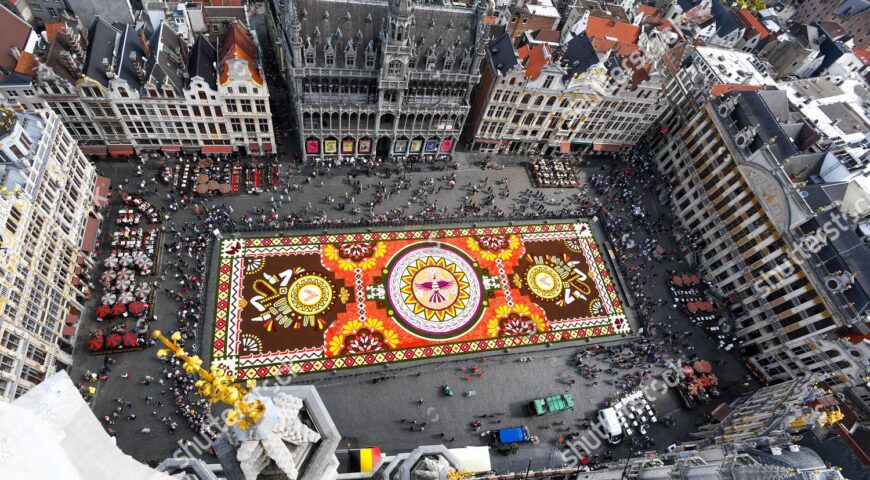 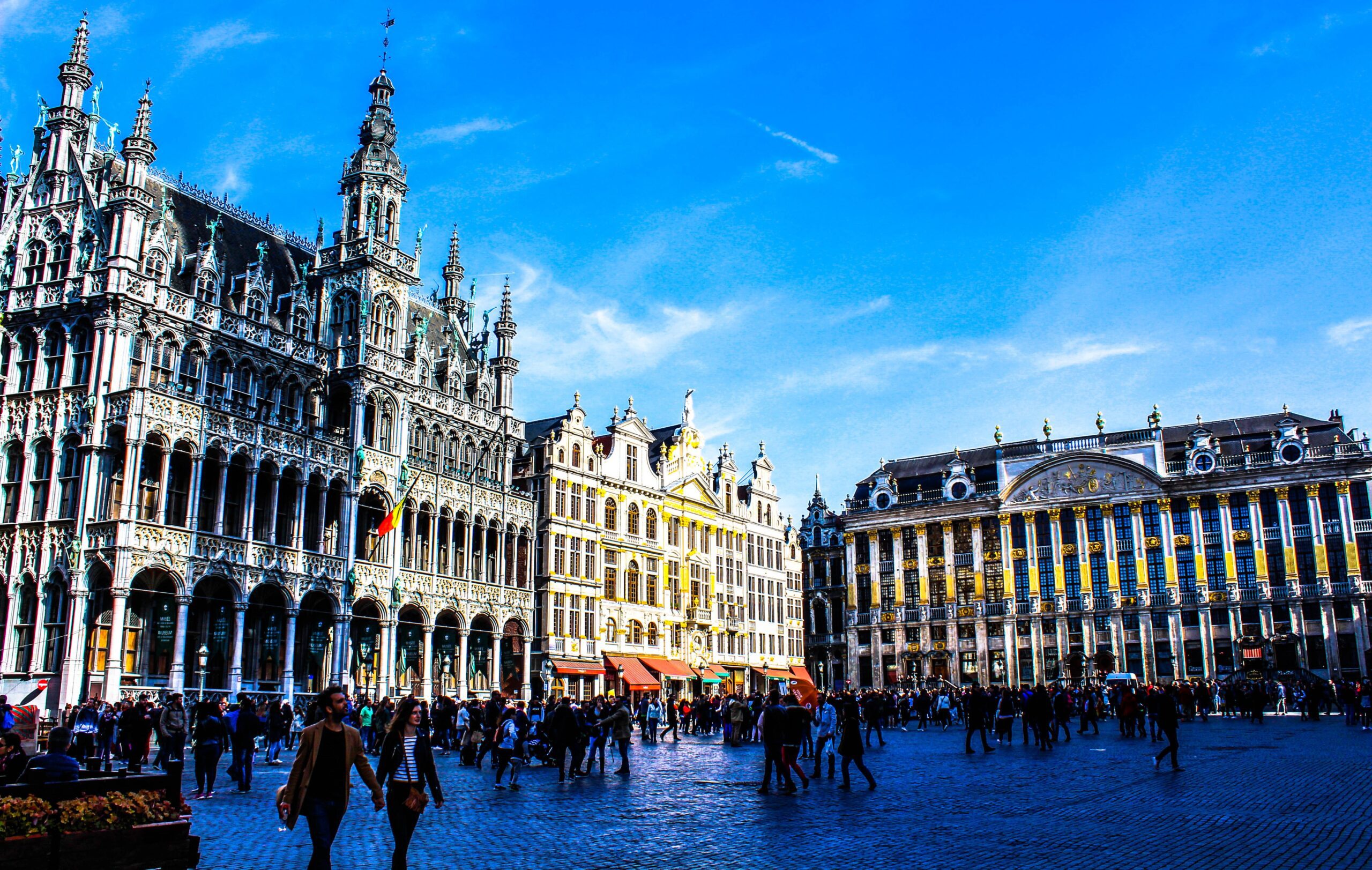 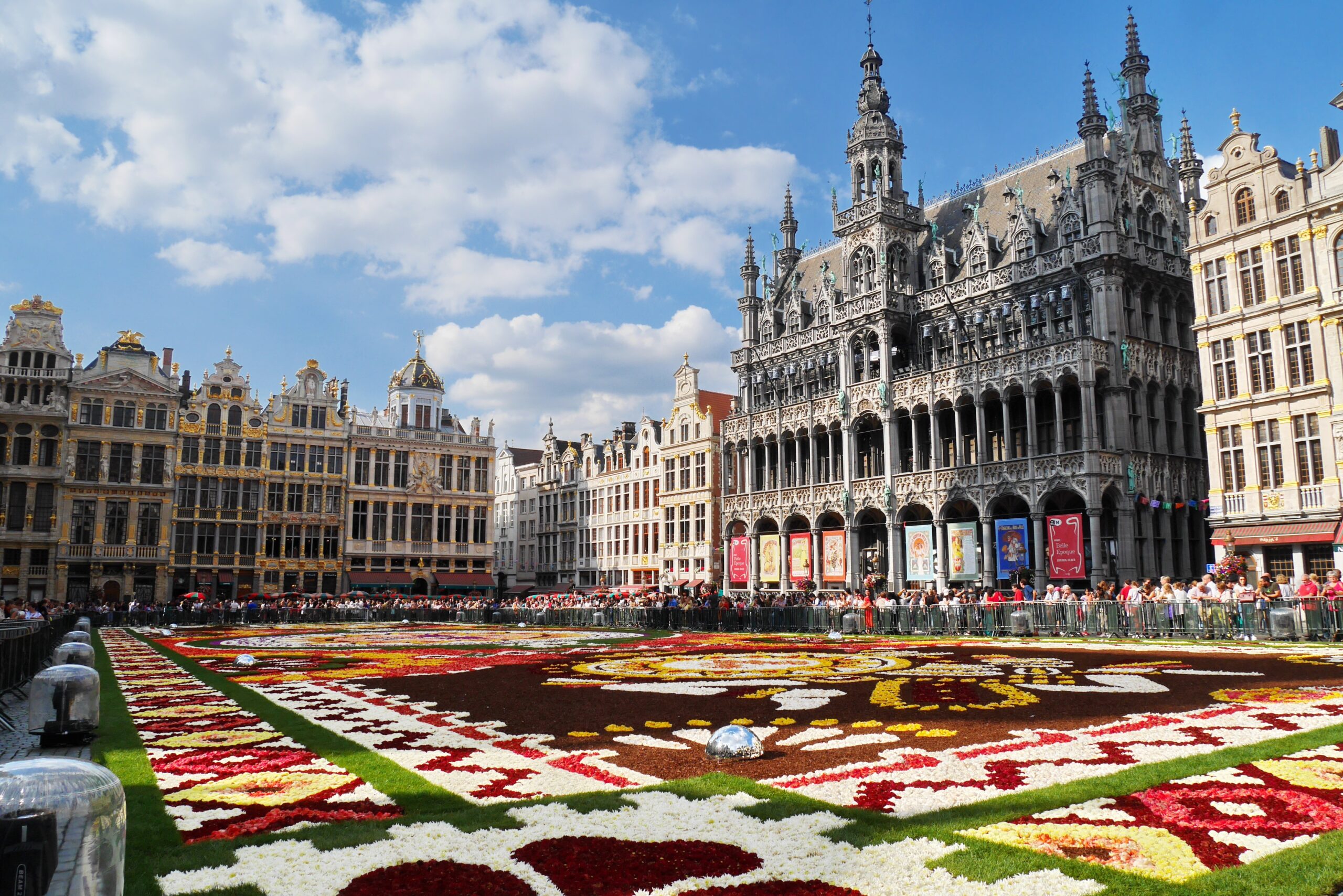 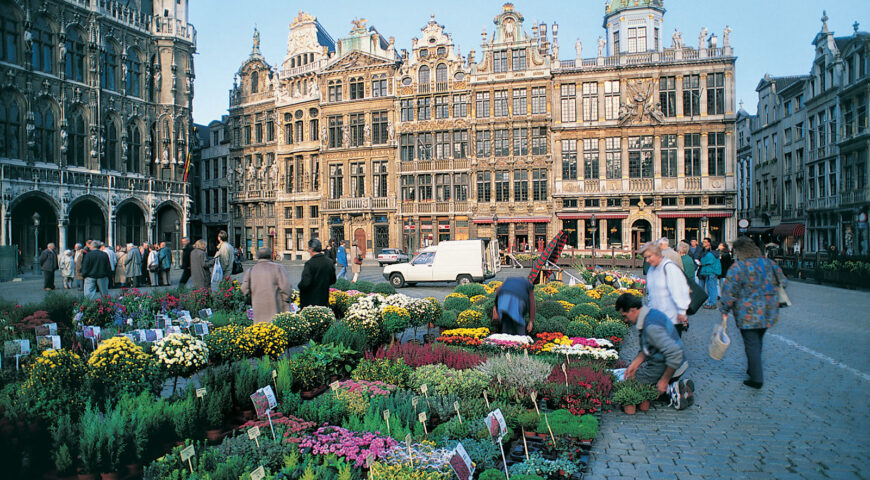 La Grande Place (also known as De Grote Markt), is rimmed by finely preserved guildhalls and other grand buildings that showcase Belgium’s vernacular architecture at its best. One side is dominated by the ornate medieval town hall, a masterpiece of Gothic architecture.

Grand Place was named a UNESCO World Heritage Site for its outstanding representation of late 17th-century architecture. The square is busy with tourists and locals at all times of year, but especially in August of alternate years, when the center is filled with the 75- by 24-meter Flower Carpet, made up of more than 700,000 cut begonias.

Attentive visitors will notice that the street names surrounding the town square sound awfully food oriented: Herring Street, Herb Market Street, Butter Street and so on. Even today’s Museum of the City of Brussels (keeper of Manneken Pis’ extensive wardrobe) is housed inside a magnificent old building known as ‘the Bread House.’ A cue as to why this might be lies in the architecture of the square. Look around and you’ll notice nearly forty ostentatious guildhalls, all adorned with golden statues intent on emphasizing the city’s 17th-century wealth. Not too long ago the Grand Place used to be a buzzing market place where citizens and tradesmen sold and bought food. It was the heart of a city (and later country) made great by commerce.

Today, the square functions as a meeting place and cultural hub, where events of all kinds bring inhabitants and visitors together. An undeniable highlight is the fragrant flower carpet every other year in August. Over half a million begonias are painstakingly arranged into an intricate tapestry and cover the cobblestones of the Grand Place for one weekend only