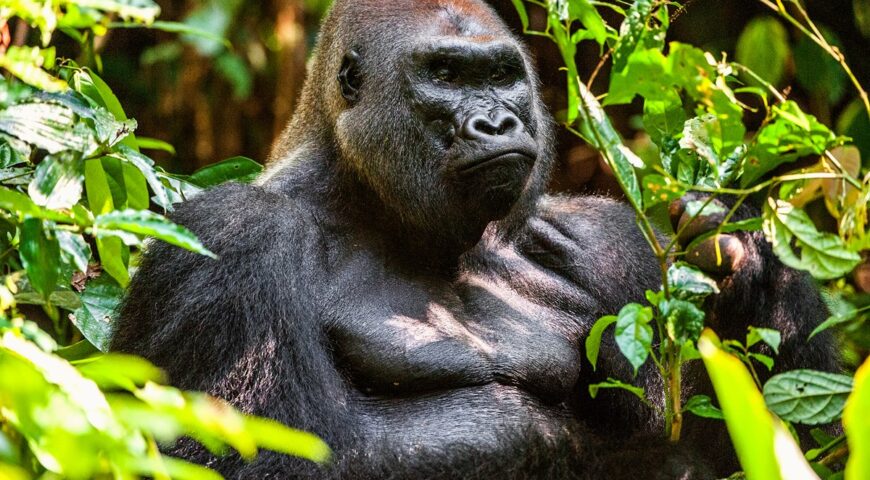 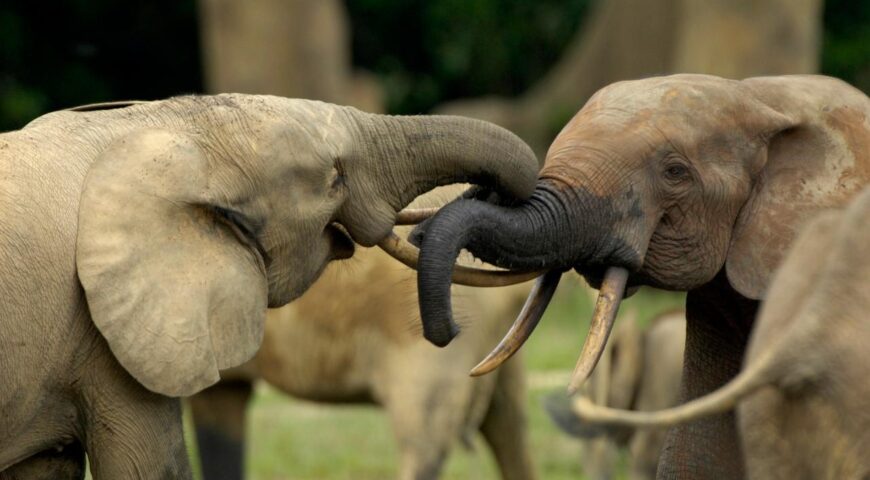 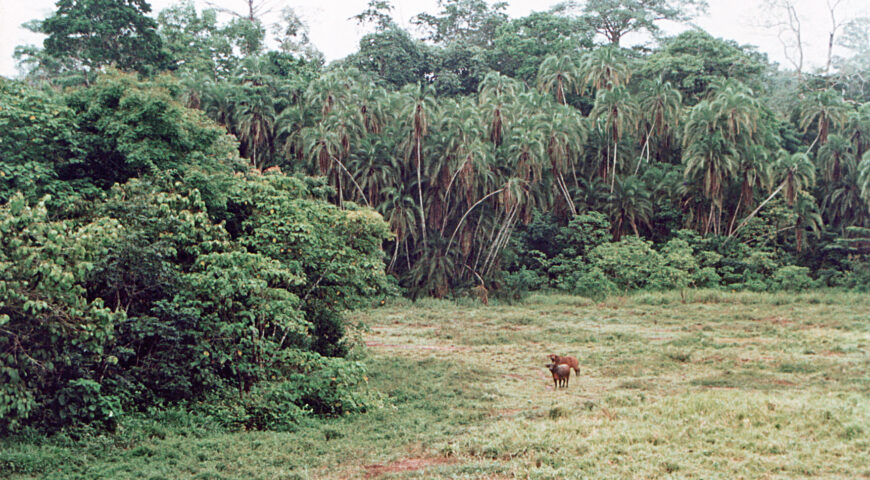 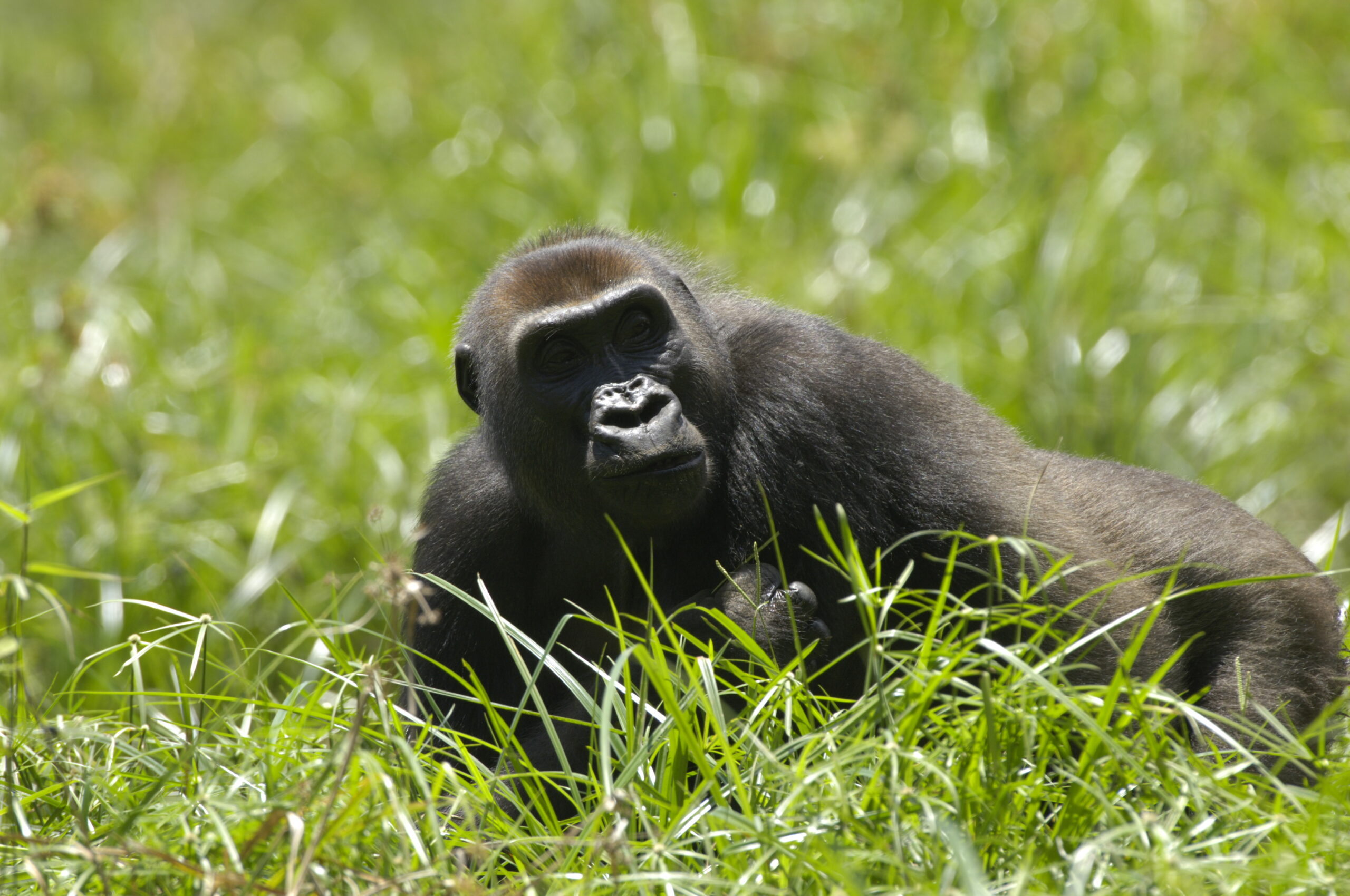 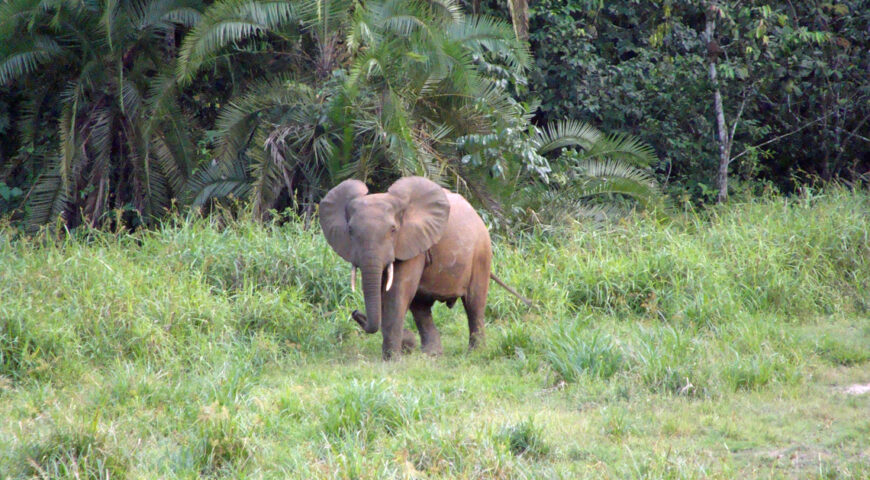 Lobeke National Park is found in the South-eastern part of Cameroon within the Congo basin and it is popularly known as home to the elusive Western lowland gorillas. During your visit in Cameroon, we highly recommend that you spend a night at the watchtower in the park to have better chances of seeing these elusive Forest Giants.

It is one of Cameroon’s premier wildlife viewing destinations. It covers an area of 217, 854 hectares and is adjacent to the Dzanga-Sangha and Nouabale Ndoki national parks in CAR and Congo respectively. The trio form the Sangha Tri-National, a biodiversity cross-border conservation initiative. They made up a UNESCO world heritage.

The Lobeke N. P is very rich in fauna and flora. It has several forest clearings referred to as “bais” by the Ba’aka Pygmies. The bias are rich in minerals and attract a wide variety of large forest mammals such as elephant, buffalo, gorilla, chimpanzee, and antelopes.

Its biodiversity is made up of 45 mammal species, 305 bird species, 18 reptile species, 16 amphibian species, 134 fish species, 215 butterfly species & 764 plant species. It is still very much in its raw and basic form. Tourism infrastructure is young, so animals don’t have don’t live in fear yet.