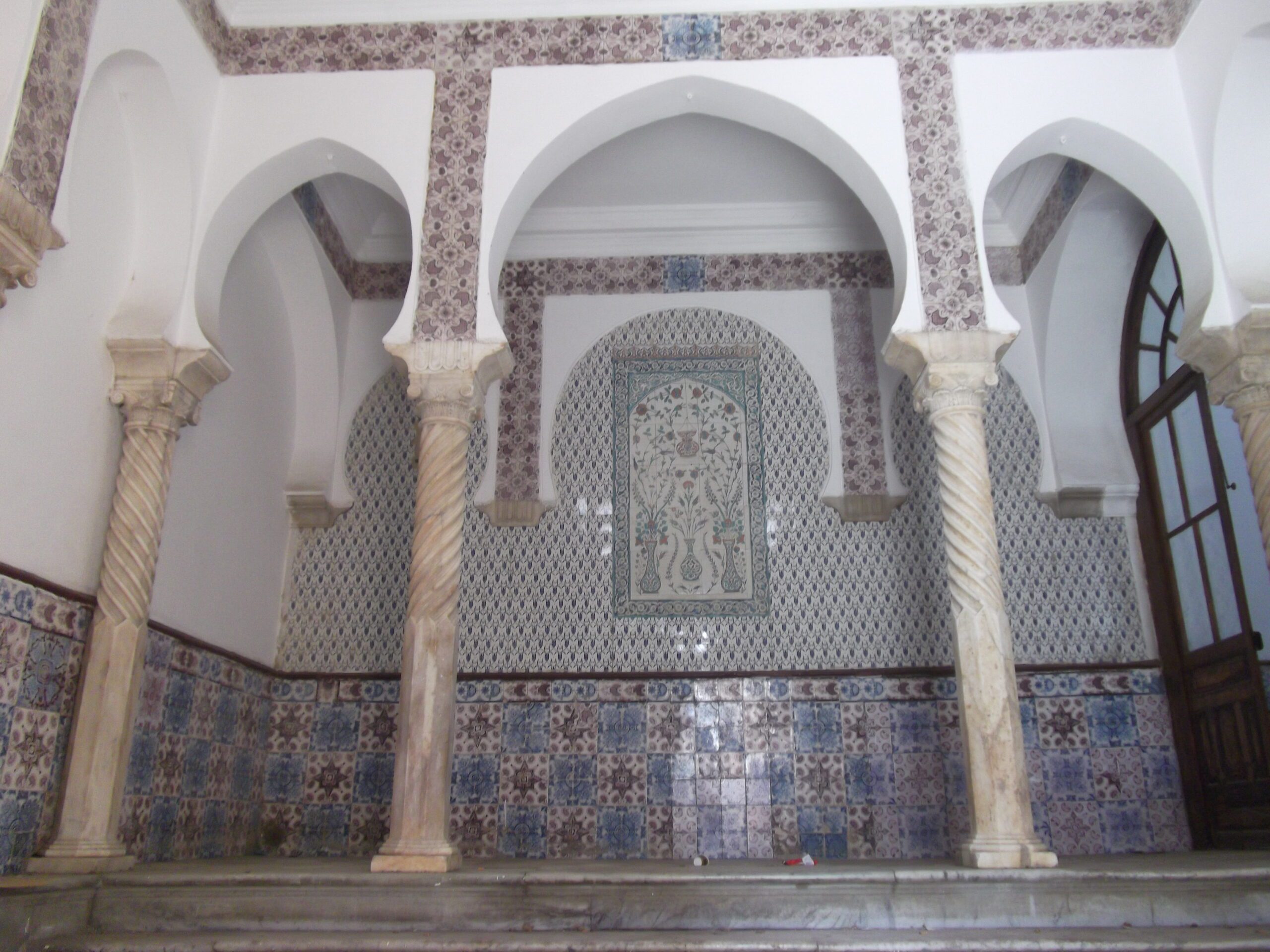 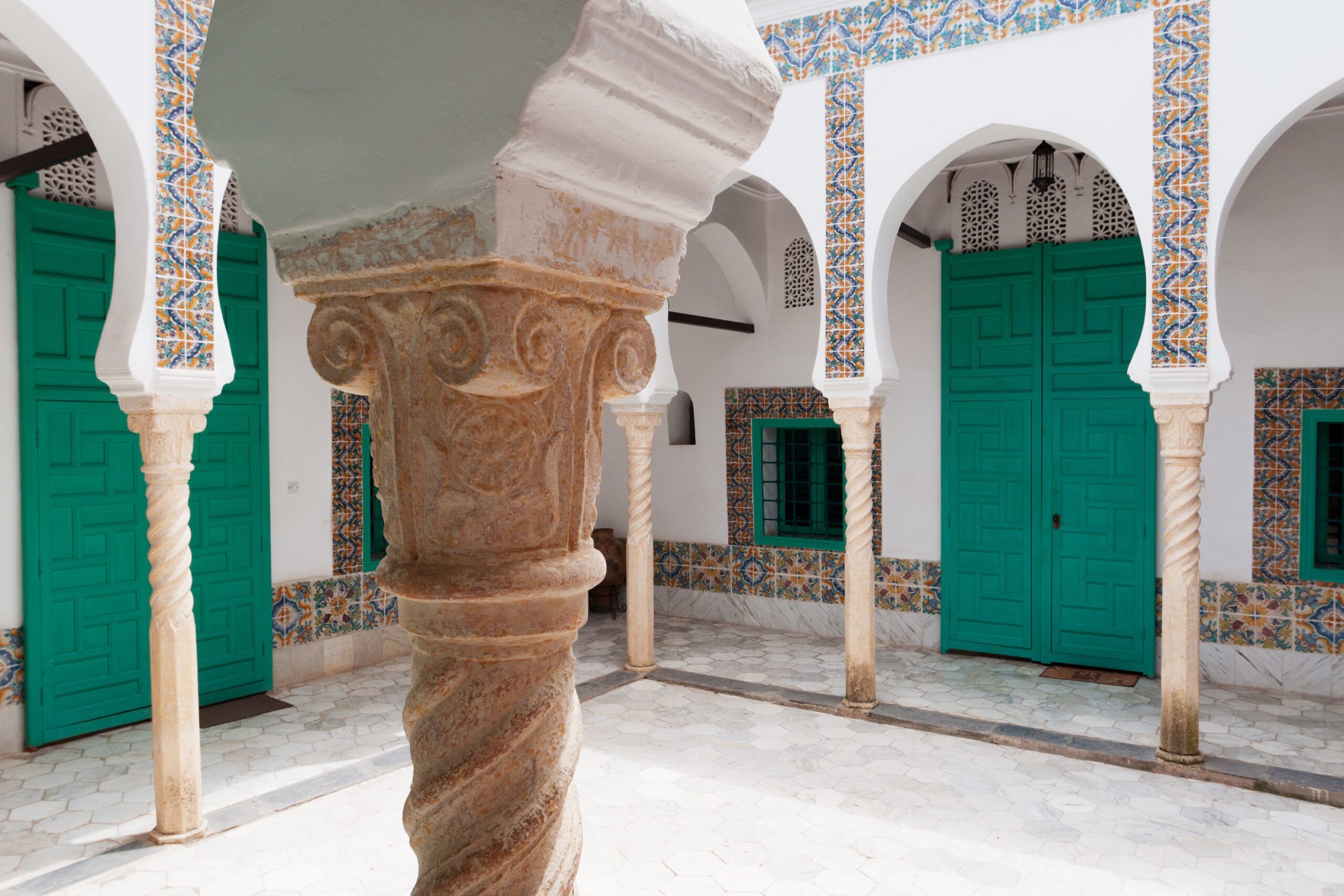 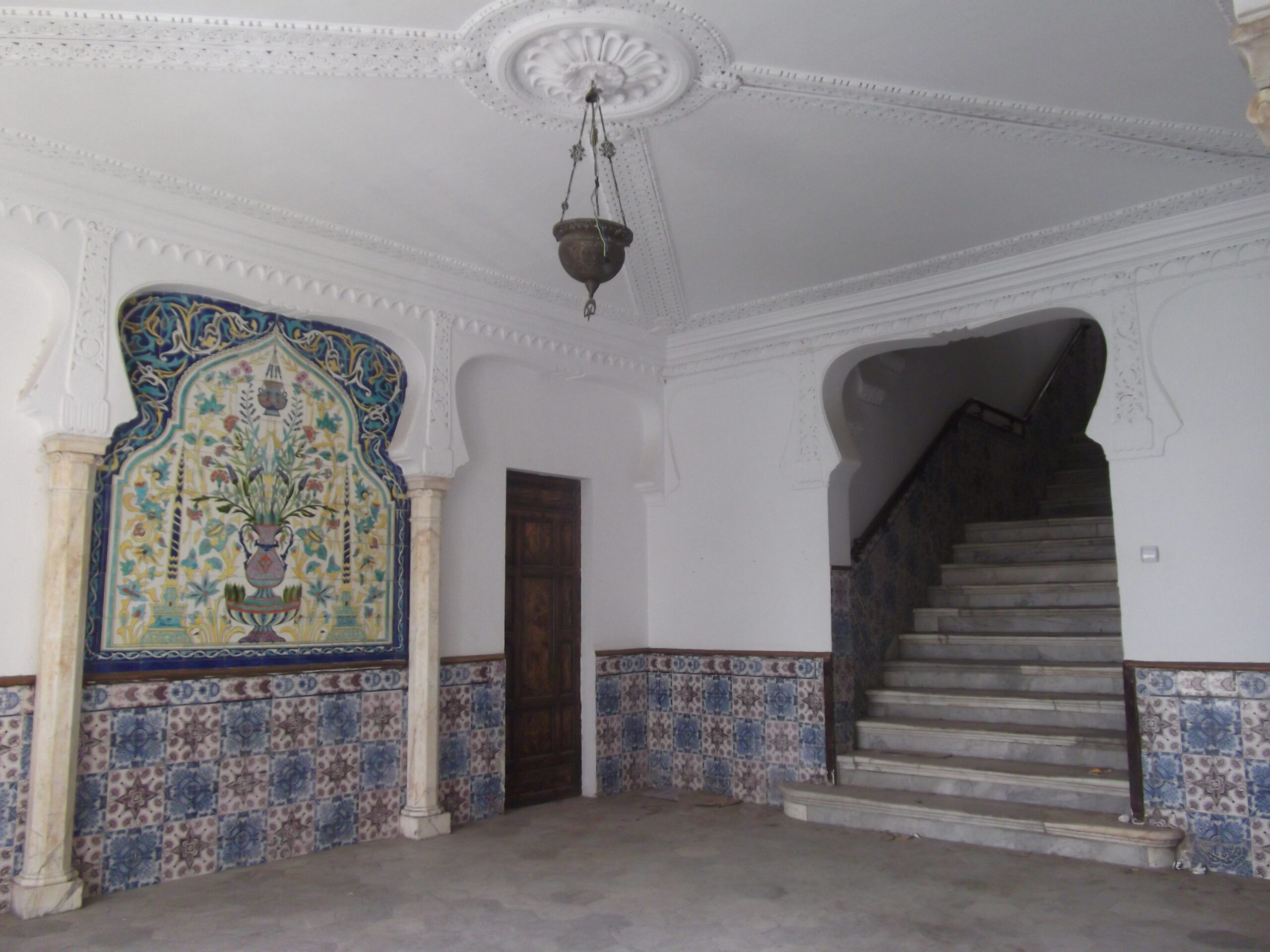 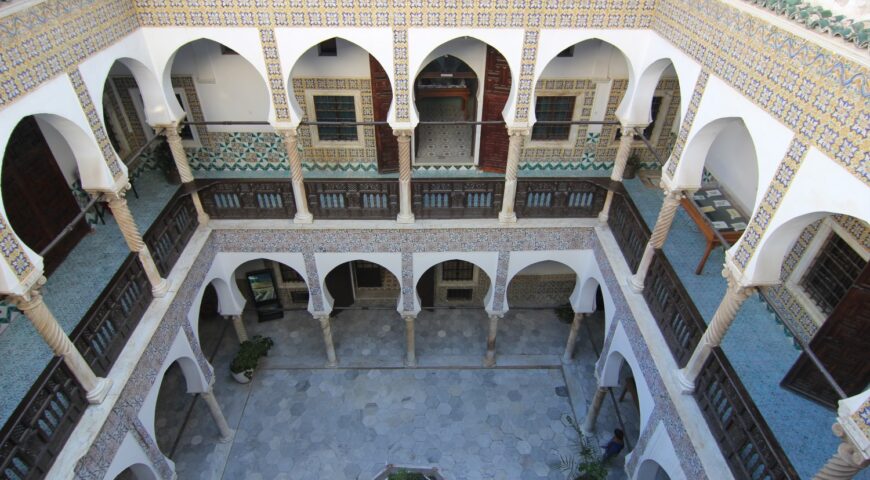 Named after its owner, who was the Minister of Finances at the end of the 18th century, Dar Hassan Pacha is a well-preserved palace, rebuilt throughout the years. It served as residence for governors and emperors passing Algiers. While Dar Hassan Pacha is closed to the public, it is a popular motive for pictures for its impressive facade and lovely central patio. The building now houses a collection of illuminated manuscripts and contemporary calligraphy by artists from across North Africa and the Middle East.

Hassan Pacha was the ruler of Algiers and a man with a sense of purpose – in 1795 he concluded a peace treaty with the fledgling USA guaranteeing their ships safe passage in Algiers’ waters. Before that, around 1791, he began work building his palace on the edge of the Casbah, but away from the waterside, which was vulnerable and damp in winter. When Algiers fell to the French the house was turned into the governor’s winter residence. Its façade was remodeled, and unlike most large houses here the Dar Hassan Pacha was given a European-style front, with rows of large windows and balconies and a grander entrance.