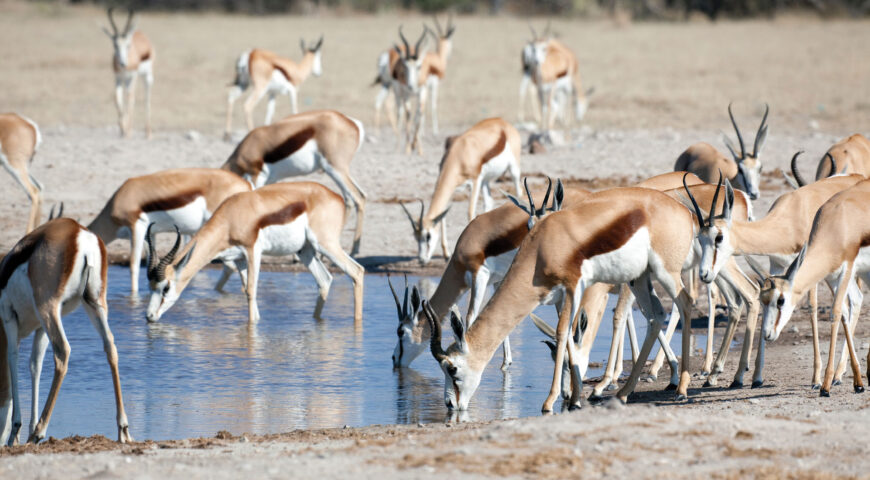 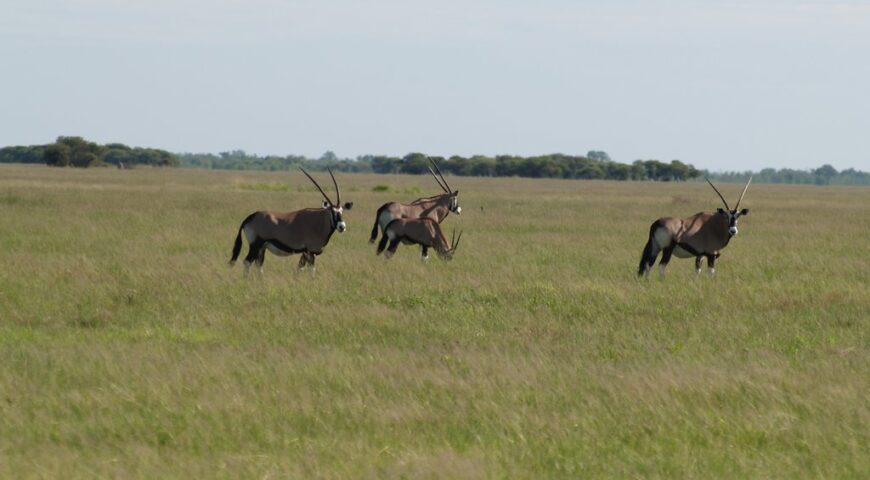 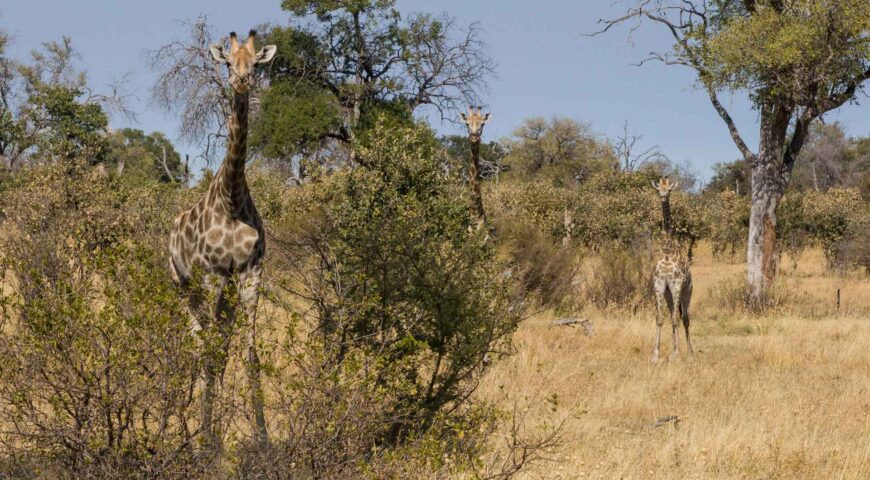 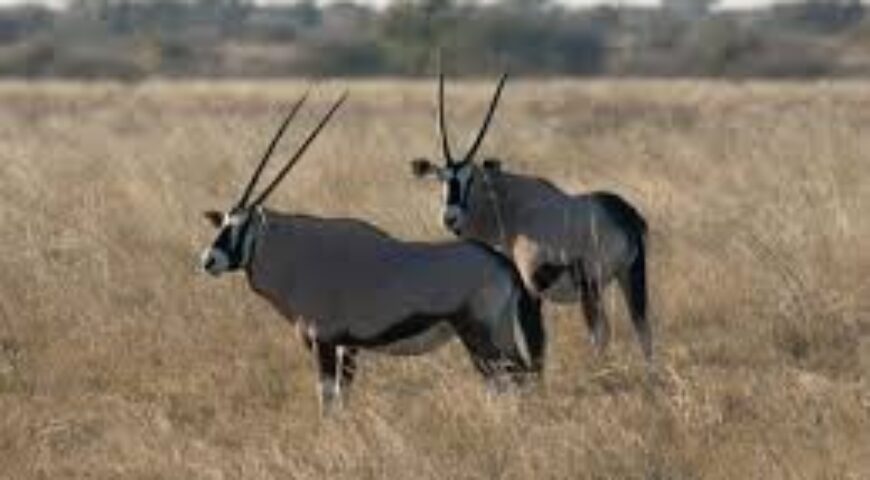 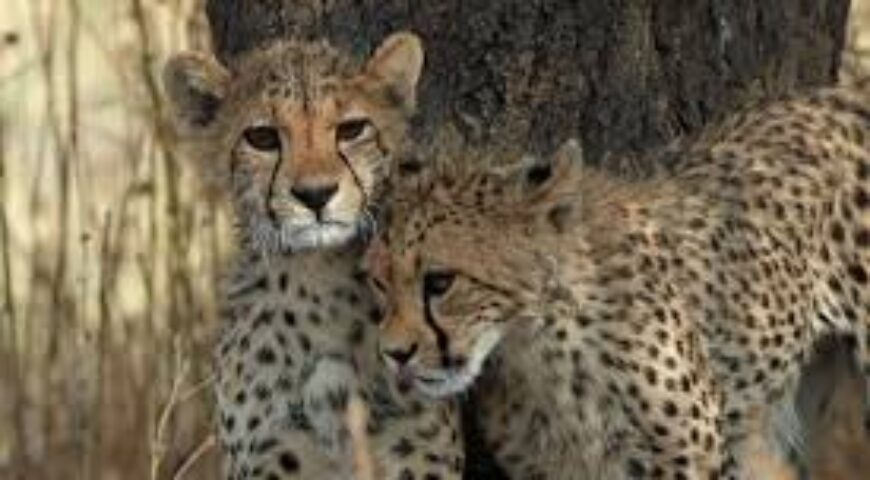 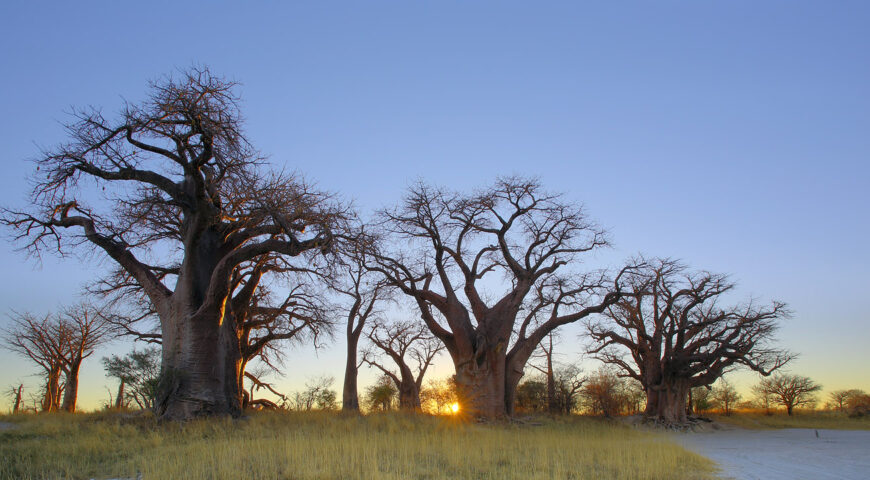 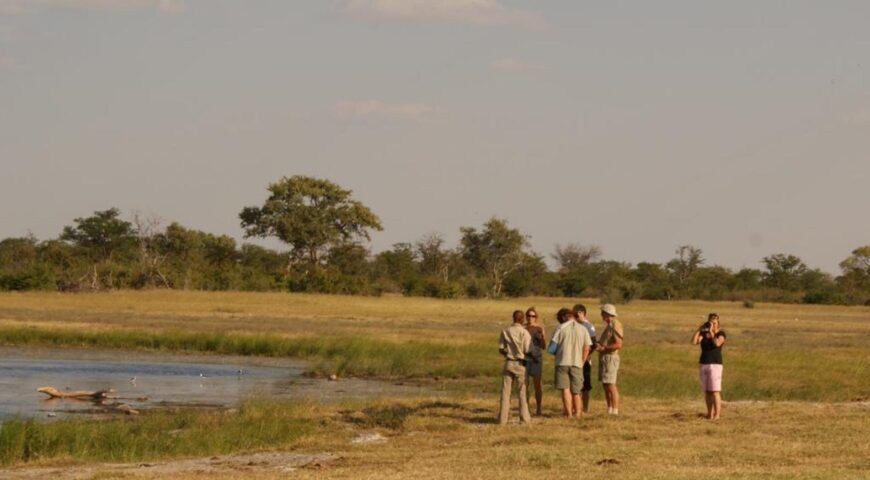 The fascinating landscapes, a group of seven mighty baobab trees – the famous Baines Baobabs – as well as a waterhole frequently visited by a pride of lions are the main highlights of the Nxai Pans National Park.

The park derives its name from a curved stick ‘Nxa’, which the San used to dig out springhares and which the form of the park resembles. The area of the park belongs to the settlement area of the San (Bushmen).

The National Park is also home to the cluster of millennia-old baobab trees, which owe their name to Thomas Baines, the man known to have discovered them. Baines’ Baobabs, as they are known today, are a sight sought by many travelers venturing into this untamed terrain of Botswana.

On the rainy season, it is home to the seasonal Zebra Migration, where vast herds (accompanied by a slew of predators) can be seen on open grasslands, amidst the mottled shade of acacia trees.

Nxai Pan also has great bird watching opportunities, especially in the wet months. There are many raptors in the area and Kori bustards, Korhanns and Red necked falcons can all be spotted. Once the pans fill up after the rain – there is a huge influx of Flamingo.

Nxai Pan is one of the best places in Botswana for excellent cheetah sightings. The flat expensive landscapes is perfectly suited to these swift animals which can outrun any prey in these conditions. There are regular good sightings all year around, but cheetah activity also reaches a peak during the green season.