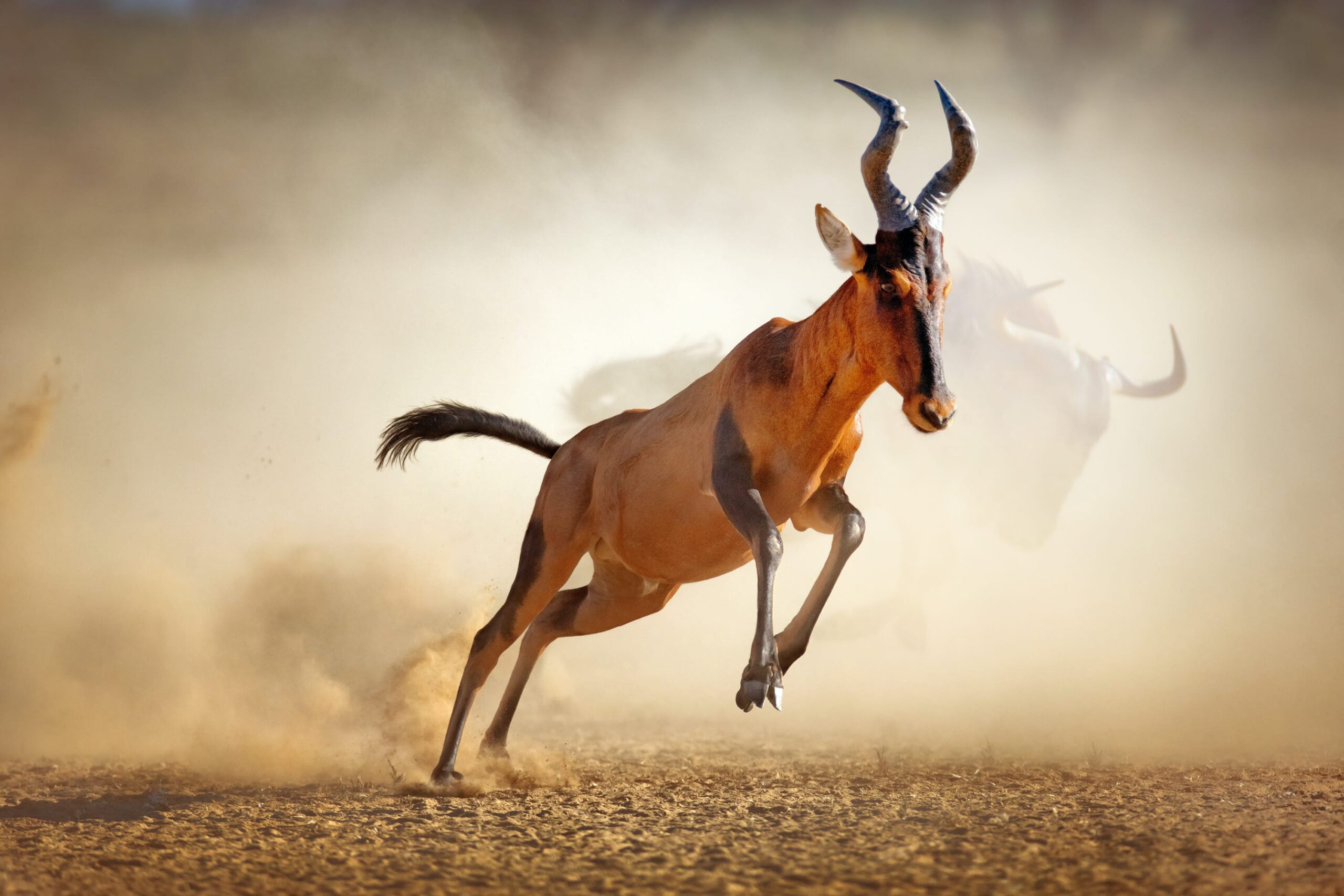 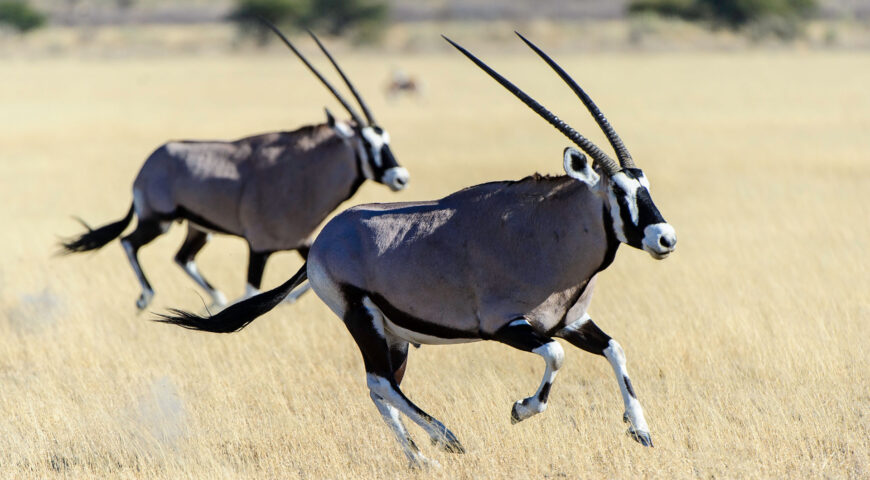 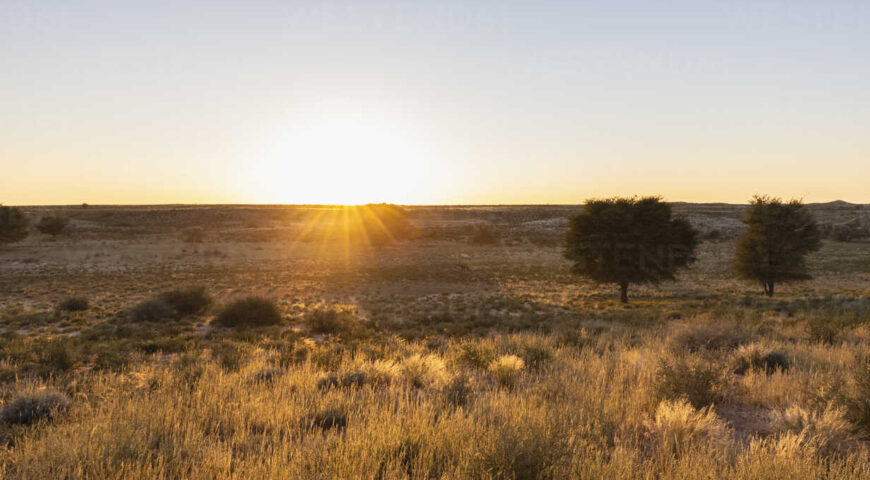 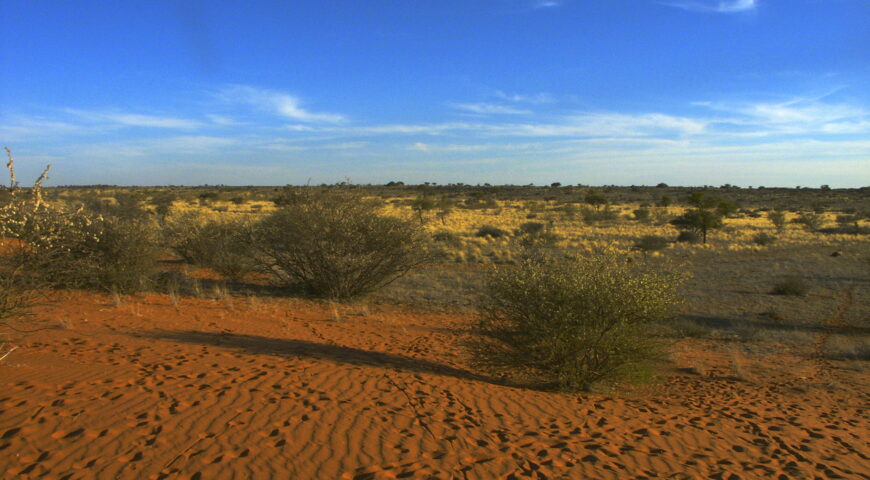 The Kalahari is a primeval landscape, recalling in stone, thorns and brush the earliest memories of the human experience. This impression of a land where time began finds voice in the hot winds and the snap of thorn bush under a San tracker’s feet in the Kalahari. It is the timeless roar of a Kalahari lion resonating across the still desert air. It is a valley that cuts through the desert’s heart and follows the path left by ancient rivers that long ago disappeared into the dust. This is indeed dry, parched country. It’s no surprise that the Tswana call this the Kgalagadi: Land of Thirst.

The entire western Kalahari Desert is characterized by long chains of dunes, oriented roughly to the north or northwest. Each dune is separated from its neighbor by a broad parallel depression locally called a straat (“street,” or “lane”), because each constitutes the easy way to travel.

Vleis or pans, are the terminal features of desert drainage systems, the “dry lakes” at the end of ephemeral streams. Many are remnant features from an earlier period of greater precipitation. Very little water ever flowed to the sea from the Kalahari. Rather, each stream ended its course in a slightly lower depression from which there was no outlet. There, as the stream dried up, the fine silt particles carried in suspension by the sluggish stream were deposited along with soluble calcium minerals and salts precipitated out of the evaporating water. The results are pans—flat surfaces devoid of vegetation that are gleaming white when dry, hardened by the cementing action of the soluble minerals, and, on occasion, covered by a shallow layer of standing water. Where the salt content is low, pans may become covered with grasses after a rain.

Highlights in Kalahari include: